All the hits from the immensely popular movie including, The Greatest Show, A Million Dreams, Come Alive, Rewrite the Stars, Tightrope, The Other Side, From Now On, Never Enough and of course, This Is Me!

The Second set is a movie magic spectacular, featuring hit songs from movies such as: Grease, The Blues Brothers, Footloose, Dirty Dancing, Bohemian Rhapsody and Mamma Mia. The entire focus is on fun and audience participation! 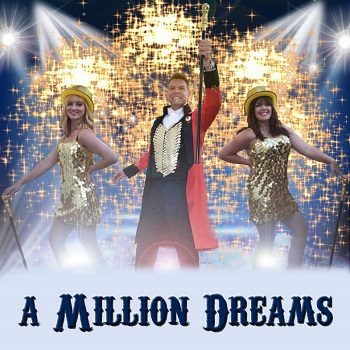 Pre-Show Dinner offer Save £5 off your bill at The Brewery Tap Restaurant on the night of the event, when two people eat a main course

We'd love for you to keep in touch - to receive the latest news and offers, why not join our mailing list!

Gift a Meal Out